On Saturday February 20th, Mars in Aquarius played what turned out to be our final concert in Dundee’s Wighton Heritage Centre. This was slightly more than a year after our first rehearsal, and was perhaps a fitting conclusion to the project. Although only one Tierkreis melody was played, the ensemble pieces were mostly Intuitive Music …

END_OF_DOCUMENT_TOKEN_TO_BE_REPLACED

At short notice I undertook to play the first Cappucino Concert of the calendar year at Dundee Central Library’s Wighton Centre, choosing as the main item in the programme Stockhausen’s Tierkreis, beginning this performance with the Aquarius melody. For this performance, I invited Aberdeenshire-based poet and musician to add improvised interludes played on his Chinese …

END_OF_DOCUMENT_TOKEN_TO_BE_REPLACED

I tried posting an entry about my last harpsichord visit, but somehow it disappeared into limbo. Anyway, I was back again today to tune the instrument in the Wighton centre,Dundee,for the third time in three weeks, and inspite of the humidity,it appears to be holding its pitch better again. For a number of reasons the Wighton centre does not have a particularly stable temperature, which make keeping the harpsichord in tune a challenging matter, especially as it's a breed of instrument which should really be tuned daily: it's said Bach would spend 15mins first thing tuning his hpschds. As this one normally has at least a week to get out of tune, it generally takes quite a bit longer than that to get it into shape.

The instrument is a 1980s reconstruction of a 1720s opus by Nicolas Blanchet. There's something very Scottish about the juxtaposition of this ancient regime instrument and the breezeblock wall behind. 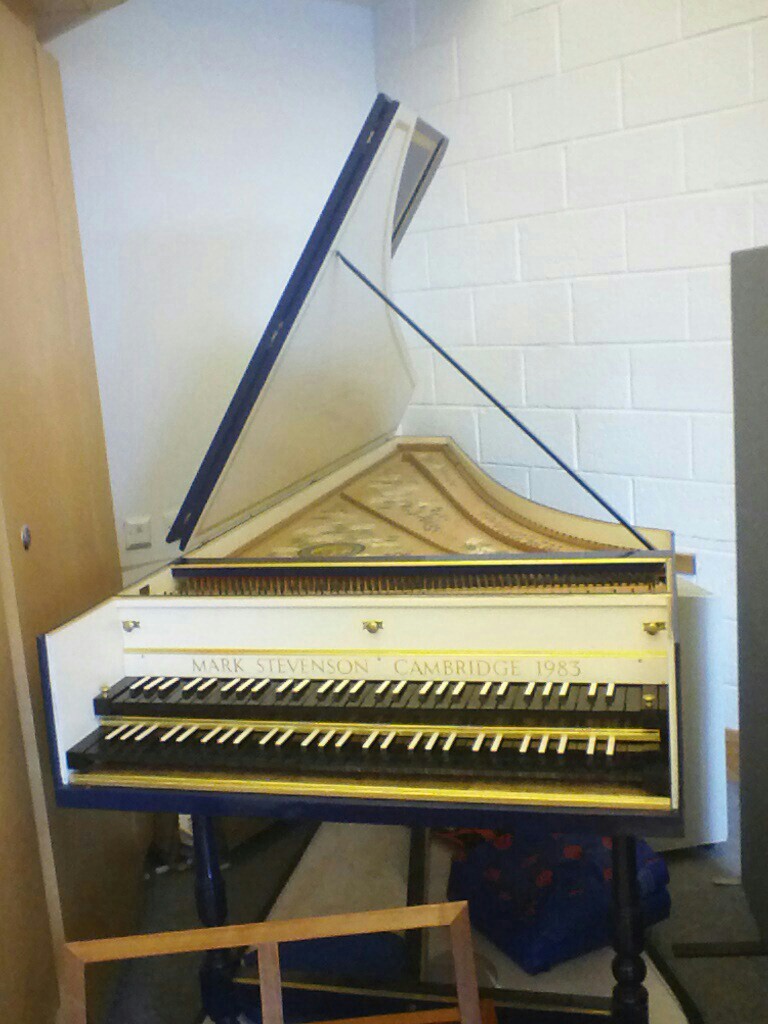 The Wighton harpsichord yesterday morning (24/4/2014) getting ready for tuning and an informal recording session using the SoundCloud App via a Kindle.